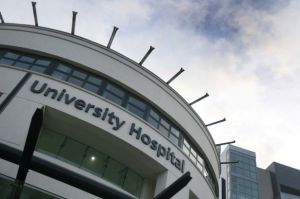 Parking charges at Walsgrave Hospital have been increased again, despite thousands of people signing a petition calling for them to be scrapped.

The charges were brought in as a result of the Private Finance Initiative (PFI), which was brought in by Labour and was the first step towards the attempted privatisation of the NHS which is now being pushed by the ConDem Government. The charges had previously been reduced in 2011 as a result of a mass campaign led by the Socialist Party.

Rob McArdle, the prospective Socialist candidate for Lower Stoke, said “Socialists in Coventry have fought many years against NHS parking charges. We call for all PFI to be scrapped, millions of pounds of taxpayers money is being wasted on these projects. This diverts money away from our NHS and results in a poorer service for patients. We call for a properly funded PUBLIC NHS, end PFI now!”

For free parking at Walsgrave – kick PFI and privatisation out of the NHS!