Striking doctors on the picket line at Walsgrave

Over 25 junior doctors took to the picket line yesterday morning outside Walsgrave Hospital. The youthful and lively strikers were inundated with support from the public with non stop honks and cheers from passing cars, pedestrians and other hospital staff.

Jeremy Hunt’s embarrassing attempts to discredit the doctors over recent days in numerous TV interviews have only given further determination to these doctors to carry on battling – and even more reason for the general public to support them!

As one doctor said as he was setting up flags and placards “the Tories have attacked the welfare state since its creation… now they have the cheek to get something for nothing off us.”

The wildcat unofficial strike action taken by Coventry refuse workers the day before was also widely discussed, and added a further inspiration and confidence boost to the doctors in this ongoing fight with the government.

STOP PRESS: Today the Tory Health Secretary Jeremy Hunt, has just announced in the House of Commons that the new contracts for Junior Doctors will be imposed on them. Coventry Socialist Party gives its full support and solidarity to the doctors in its battle with the Tories and and the wider struggle to defend the NHS. 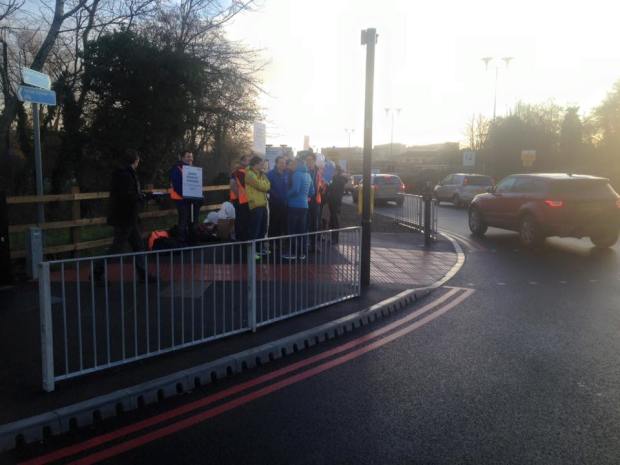