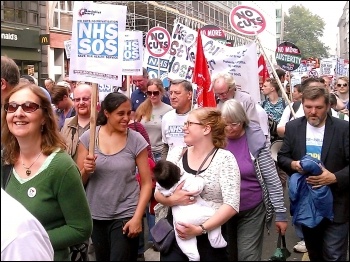 For the second time in less than a year hospital bosses have decided to increase parking charges at University Hospital in Coventry. The car park is operated by private company ISS, as part of the Private Finance Initiative (PFI) contract. These charges are paid by patients and hard-working NHS staff – what PFI really means is Profit From Illness!

The Coventry Telegraph has previously revealed that between 2011 and 2017 the local NHS trust paid over £6 MILLION in subsidies for the car park to ISS – and ISS refused to reveal how much profit they made from the contract. Public money shouldn’t be given to private profiteers – PFI contracts should be ended immediately!

Thousands of people have already signed a petition organised by Coventry Socialist Party and NHS SOS against these outrageous charges.