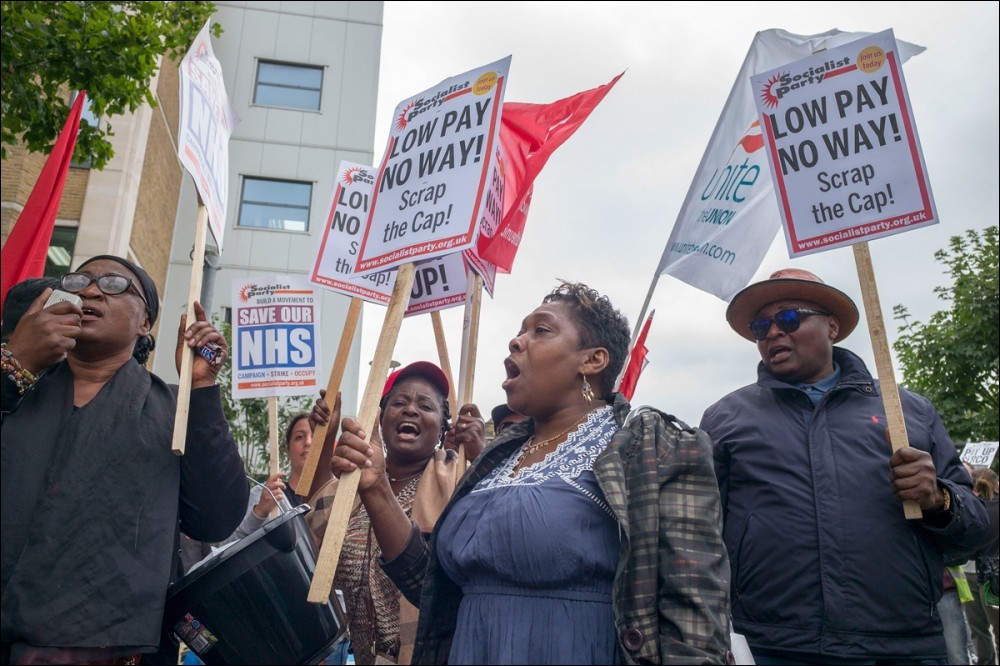 Austerity policies from successive governments have pushed an increasing number of  families into poverty.  Over 4 million children live in poverty in the UK and that number is rapidly rising.  That is over 30% of all children in a country that is one of the wealthiest in the world!

The Tory cuts to welfare benefits and the underfunded Universal Credit scheme has left families in crisis- whilst the rich continue to be insulated from austerity.

Children from black and minority ethnic groups are more likely to be in poverty:   45% are now in poverty, which makes the Black Lives Matter campaigns even more important.

Disgracefully, two thirds of children living in poverty have at least one parent in work, many working long hours with very low pay.  Rising living costs, low wages and cuts to benefits are creating a perfect storm in which more children are falling into the poverty trap.

But it’s not just the lack of money that impacts on  poorer families. Services that families would turn to for support, are no longer there.  The huge cuts to Local Authorities funding, down 49%, with an unwillingness of councils to mount campaigns and use their reserves, hits the poorest families hard.  Children’s centres,  youth clubs, libraries and other support services are either cut to the bone or have disappeared. The safety net the working class had fought for has huge holes or has been taken away all together. 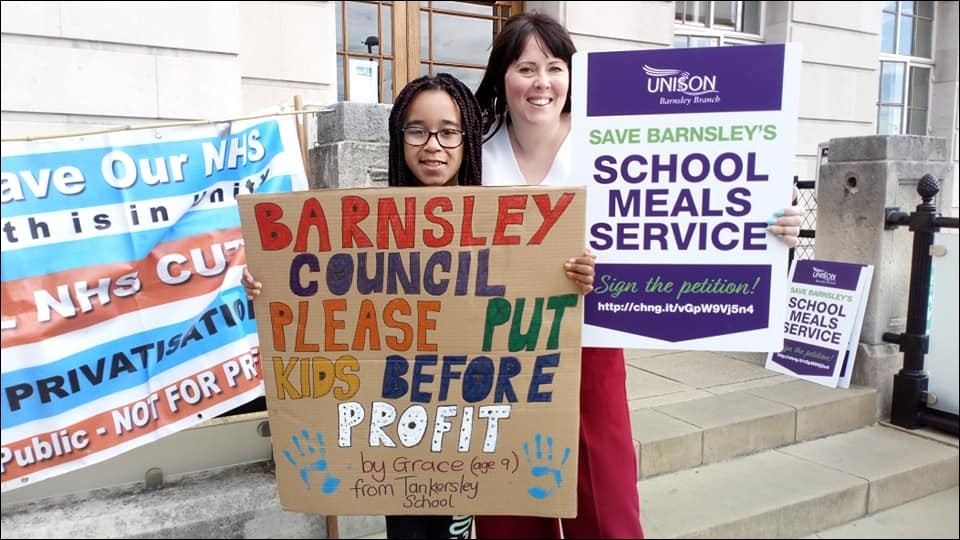 Free school meals and  breakfast clubs, whilst not enough, have helped to ensure that children get a balanced meal during the day at school but ‘holiday’ hunger takes it toll on families.  The absolute catastrophe of the government’s voucher system during Covid-19 saw more and more families turn to food banks to feed their families.

The decision by the Tories to discontinue the  free school meals vouchers during the summer holidays has enraged families was spectacularly overturned following the letter from  Marcus Rashford, Manchester United and England footballer.  He wrote passionately, highlighting his own experiences. He wrote, “The system was not built for families like mine to succeed, regardless of how hard my mum worked.” This system does not work for millions of people which is why we fight so hard to change it!

Housing and childcare are two of the costs that take the biggest toll on families’ budgets.  But it’s not just finding a roof over your head, it’s the quality of housing that has the biggest impact. Energy costs for poorer families are high due the reliance on pre-paid cards. Families should not have to make choices between heating or eating!

Too many disadvantaged families are living in cramped conditions, especially in cities with no outdoor space, sometimes in just one room. It’s a nightmare at any time, but during the ‘lockdown’ it’s even worse. The lack of good quality council housing is a scandal – with private landlords making a fortune!

With schools still closed to most pupils, and a reliance on home schooling, much of it ‘on-line’, a national free Broadband scheme and free laptops would ensure young people could access the tools to help their learning. Yet again, the government’s promises have failed, and educational inequalities will increase enormously.

Thousands more families are living on the edge of poverty. One unexpected setback,  like redundancy or an illness or even cuts to hours- could push them into the poverty trap. The furlough scheme has helped in the short term to alleviate some of the risk, but as the government seek to pull back from this, we will see a huge rise in the number of families facing catastrophe.

The storms that were already  gathering because of a worldwide economic crisis, and made worse by the pandemic, will mean even more misery for millions, unless a mass movement of the working class rise up.  Capitalism is designed to serve the bosses and keep the rich enveloped in their wealth.  Our job as socialists, is to turn the world upside down and fight for the 99% and ensure that every family and every child has all their needs met through a democratic planned socialist system.

Help fight for a socialist society to end poverty for good – be one of the hundreds of people who has registered to join us this month!