150 March Against ISIS in Coventry 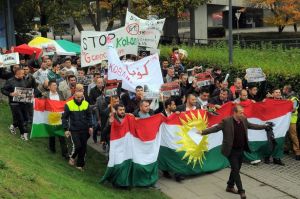 Photo from the Coventry Telegraph

Around 150 people marched through Coventry on Saturday to protest against the terrorist group “Islamic State” (ISIS). The demonstration, organised by the Kurdish community, was also in solidarity with the forces fighting ISIS in Kobane, and against the actions of the Turkish government which stands accused of collusion with IS against the Kurds. For more photos see the bottom of this report.

Socialist Party members attended the demonstration to show our support for those fighting ISIS, and to oppose the role of Western imperialism in the region. Please see below for the leaflet that was distributed. Our party members in the UK, and elsewhere through our sister organisations worldwide in the Committee for a Workers’ International will continue to show solidarity with the people of Kobane.

We also encourage you to read the following articles for more in depth analysis regarding the Kurdish struggle and ISIS.

The battle for Kobane. New challenges in the struggle for Kurdish self determination click here 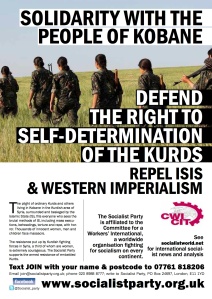 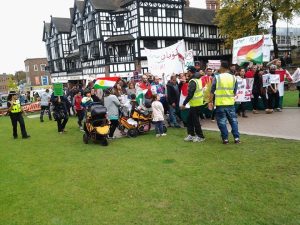 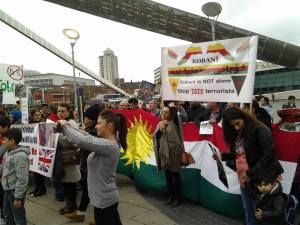 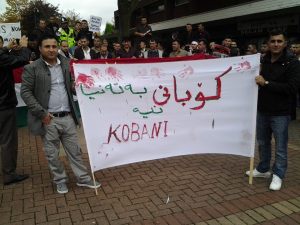