We AREN’T all capitalists now!

Chuka Umunna – photo from The Guardian

Labour’s business secretary Chuka Umunna, a former corporate lawyer and a “rising star” of New Labour, said this week that “The big difference between 1979 and 2013 is that we are all capitalists now.” Speak for yourself – millions of ordinary people in the UK and across the world are exploited by capitalism every day, and are looking for an alternative.

According to a Rasmussen Report poll, the majority of young people in America prefer “socialism” to “capitalism” – and in Seattle the Socialist Alternative candidate Kshama Sawant was elected to the City Council with over 90000 votes!

Umunna might be right about his Labour Party leadership colleagues – they are all capitalists now!

But he doesn’t speak for the rest of us.

Members of the Socialist Party in Coventry were out in the city centre today and other locations around the city building a campaign against the increase in gas and electricity prices, calling for these profit loving vultures to be brought back in to public ownership. Many people are having to choose whether to ‘heat or eat’ whilst huge profits are made at our expense.

We took great pride in letting people know about the Socialist victory in Seattle for Kshama Sawant and Socialist Alternative, displaying the poster supplement from this week’s issue of ‘The Socialist’ newspaper. Leaflets were also distributed for a forthcoming  anti-cuts meeting hosted by Coventry TUC.

Thank you to all who donated to our fighting fund, special mention going to the two separate donations of £5 that were given. 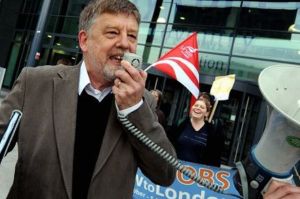 Former Labour MP and Socialist Party Councillor Dave Nellist made the following comments regarding the historic victory of Socialist Alternative candidate Kshama Sawant in the election for Seattle City Council. Her Democrat opponent has conceded with Sawant on an incredible 88,222 votes to the Democrat’s 86,582.

Socialist Alternative in the USA are the co-thinkers of the Socialist Party, under the banner of the Committee for a Workers’ International (CWI), an organisation that unites Socialists around the world in nearly 50 countries.

“The stunning work being done by Socialist Alternative supporters this autumn in Boston, Minneapolis and, particularly, Seattle, is truly inspirational.

For years it has been received wisdom that any challenge from the bottom up to the two-party system in America was doomed. Only billionaires would be able to dent the fortress of American politics.

Well socialists in America are proving it’s not only possible, but in Seattle they have achieved the most significant working class election result in America for years, if not decades.

The lessons will not be lost in many other places as well. A left alternative to big business politics can be built, and socialists around the world grouped under the banner of the CWI are showing how.”

To read more about the Socialist election campaigns in the US, click here

To get involved in helping to build a socialist alternative to capitalism, fill in the form below and we will be in touch