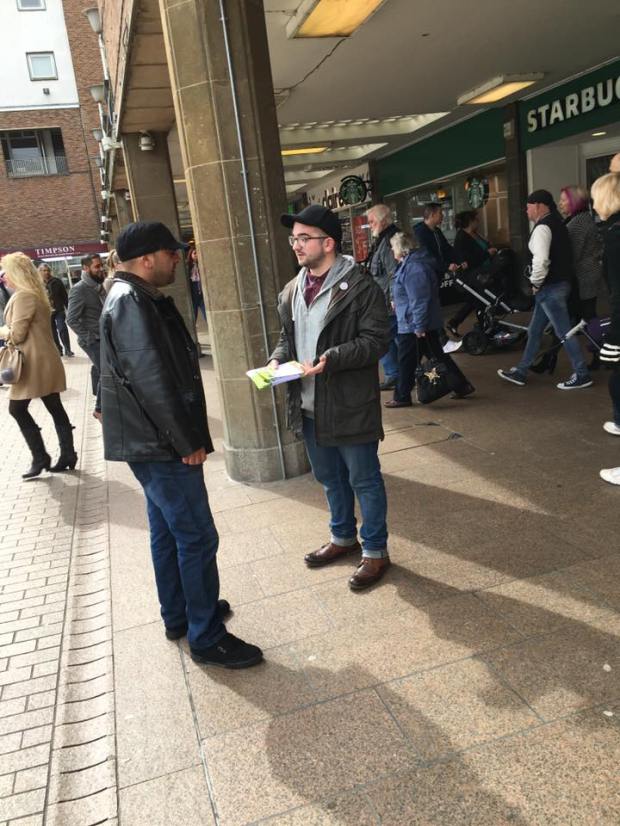 Youth Fight for Jobs were out on the streets of Coventry and Birmingham on Friday 1st April talking to the public about the introduction of the ‘national living wage’ and building the fight for a real living wage of at least £10 per hour, with no exemptions!

Hundreds of leaflets were distributed in both cities explaining that the Tories have not introduced a genuine living wage and that millions will stay face a battle against poverty. 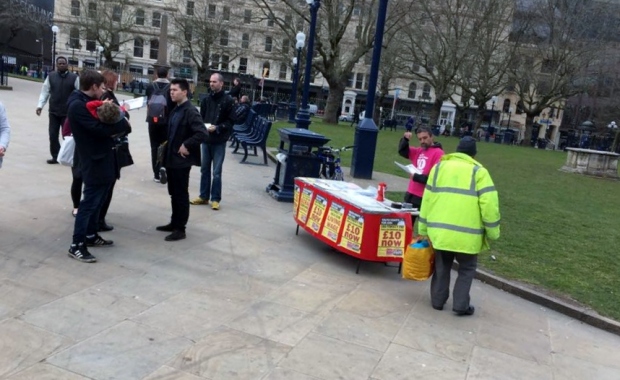 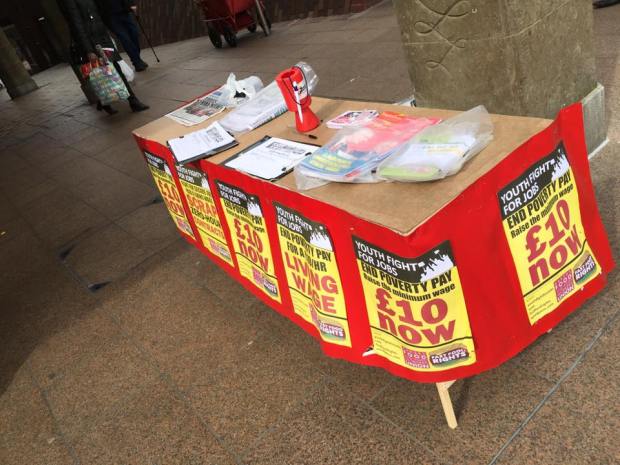