Successful day of campaigning for Save Coventry Libraries 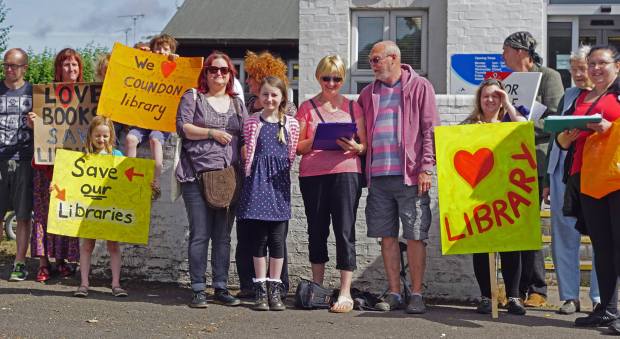 Saturday saw a successful day of action for the Save Coventry Libraries campaign. The “Big Library Sell Off Tour” visited the five libraries that Coventry City Council are planning to close. The Council say that unless volunteers/community groups come forward to run these vital public facilities then they will have no choice but to close them. Campaigners categorically reject this false choice put forward by the Labour Council – particularly when they have £84 million in reserves, and have increased these reserves. In fact they have doubled over the last 5 years!

The Socialist Party asks why don’t councillors use some of the reserves to offset these cuts and work with the people of Coventry to mount a campaign to force the Tory government to properly fund essential local services?

Labour should be opposing these cuts here in Coventry – not voting them through in the Council Chamber. Jeremy Corbyn opposes austerity but the majority of local Labour cllrs spend more time fighting him than they do the Tories!

At each of the five libraries library users were angry and upset that their library could close. We collected many more signatures for our petition and handed out nearly a 1000 leaflets encouraging people to get involved in the campaign. It sent a clear message to Coventry City Council – keep all the libraries council run and fully staffed, with no job losses!

2 thoughts on “Successful day of campaigning for Save Coventry Libraries”